Skip to main content
Why energy efficiency in buildings offers a steady path for Europe
By itradmin on February 10, 2017

2016 was a year of earthquake change for Europe and the seismic impact the UK’s decision to exit the European Union (EU) and a rise in populism across the bloc will undoubtedly resonate for years to come.

2016 was a year of earthquake change for Europe and the seismic impact the UK’s decision to exit the European Union (EU) and a rise in populism across the bloc will undoubtedly resonate for years to come.  Europe’s political power-plates will continue to shift in 2017 with four major countries heading to the polls for elections that could significantly transform the nature of the EU.

At these times of political turbulence it’s important for the EU to focus on stable and long term policies for its energy system. A system, which we know from experience over the last decade, is vulnerable to the effects of political change.

For Knauf Insulation, energy efficiency has always been a beacon of common sense that transcends any political change — it cuts emissions, creates jobs, boosts economies and ends fuel poverty.

Siân Hughes, Director of External Affairs, says; “No matter how much the national and European power plates shift in 2017, our public affairs teams are working across Europe to put energy efficiency in buildings at the heart of every policy discussion.”

“In November the European Commission published its Clean Energy for Europeans Package which includes a commitment to a 30% binding energy efficiency target by 2030 and an additional push for building renovation, both through policies and financial support. It is now the role of the European Parliament all EU Member States and their politicians to ensure this becomes a reality. At every step of the way Knauf Insulation will be working to ensure this happens.”

Ensuring energy efficiency drives national policies is a critical role of our public affairs teams. A glance at the campaigns highlighted in our latest sustainability report (click here) shows the range and depth of work that has been carried out.

In the UK we actively supported the Energy Bill Revolution campaign to lobby for warmer homes and stamp out fuel poverty and by 2016 the government had recognised home energy efficiency as infrastructure for the first time.  The UK’s National Infrastructure Plan now states the government is committed to the goal of insulating a million more homes over the next five years. “In 2017 we will be working to increase that figure dramatically,” says Steven Heath, Director for Strategy & Public Affairs.

2017 will also be significant for Germany with federal elections set to dominate news channels. But whatever changes occur, our German team will be campaigning to support the new “energy efficiency first” approach by the federal government, stated in a new green book for energy efficiency.

“We continue to lobby to maintain the German energy saving ordinance for new build including new programmes for low cost insulation measures such as Blowing Wool,” says Christoph von Speßhardt, Director Public Affairs & Strategy Knauf Group. “In 2017 our priority will continue to be highlighting the importance of existing buildings and meeting energy efficiency objectives with a focus on digitalisation, real performance and modular buildings.”

In other European countries, there have also been major successes. We helped ensure a national energy efficiency renovation programme for apartment buildings in Croatia was kept on track despite political changes while in Slovakia and the Czech Republic, intense lobbying led to multi-million-euro programmes for the renovation of single-family homes.

Ondrej Sramek, our Public Affairs Director Eastern Europe, says: “While the single-family homes renovation programme in the Czech Republic can be a role model for the rest of Eastern Europe, I believe, we also need to improve programmes for other building types as well. In a wider regional perspective, we also want to work more with our NGO and business partners to create advocacy capacity in selected CEE countries.”

In Slovakia, in 2016 we supported a brand new subsidy scheme to support the energy efficient renovation of single-family homes. Public Affairs Manager for Slovakia Peter Robl said: “in 2017, we will be focussing our efforts, among other things, on boosting renovation in public building through the development of new sustainable financing schemes”.

COVID-19 - KNAUF INSULATION IS RIGHT BY YOUR SIDE 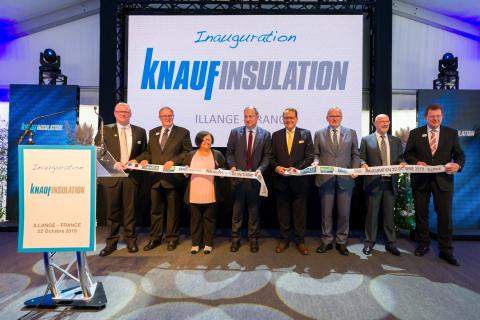